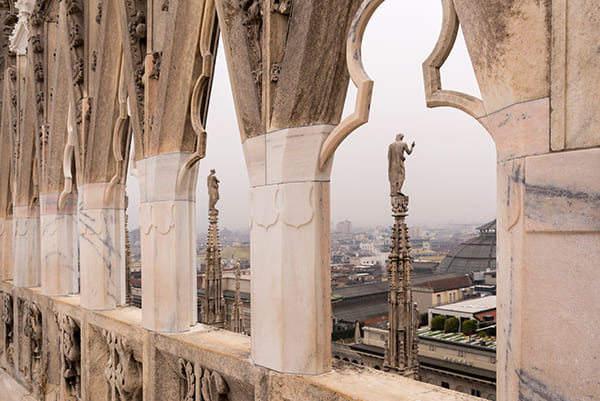 Delve into the many layers of city history beginning with the medieval symbols in Piazza dei Mercanti. We’ll venture down into several crypts, some even preserving remains of the Ancient Roman Mediolanum. We will visit the 4th century church of San Nazaro in Brolo, the first Latin-cross in the west and the resting place for remains of three apostles. We’ll stop in cloisters of 15th century Ca’ Granda, the first and largest civil hospital in Europe, now home to the state university of Milan. The ossuary, or bone resting place, of San Bernadino is a macabre and splendid place at the same time, with its bone collection going back to the Middle Ages. We will wrap up our walk at the Church of San Gottardo in Corte, the chapel of the Visconti family, to admire the 14th century bell tower, the most beautiful in Milan.

What you will visit on this tour:

Read what people are saying about us 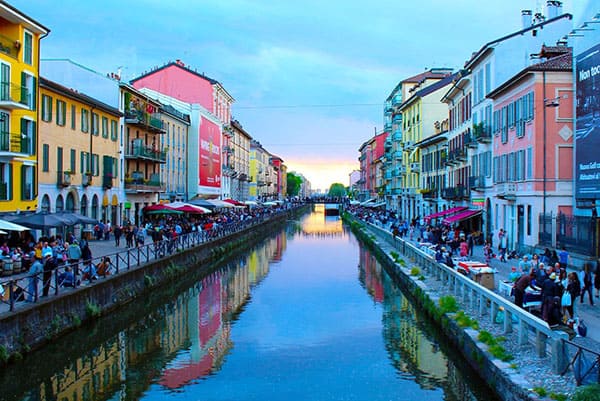 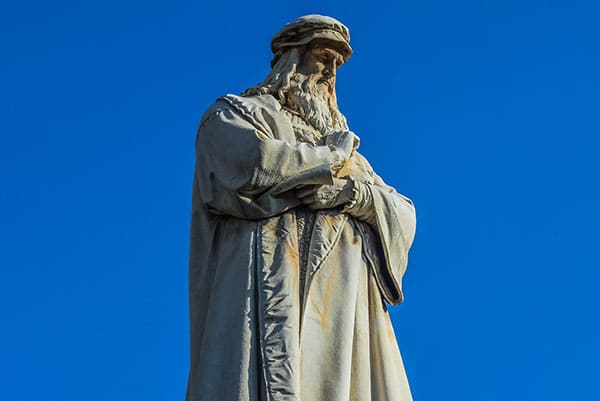